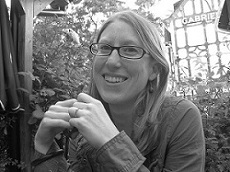 I studied English Literature and Philosophy at the University of York, before completing a master's and PhD in Renaissance Studies at the Centre for Editing Lives and Letters. My doctoral research focused on the gathering, transmission and preservation of political information sent from diplomatic agents abroad to their contacts and patrons in early modern England. As well as news and intelligence networks, my research interests include travel and the ars apodemica, and early modern archives.

I am particularly interested in manuscripts as material objects, scholarly editing and the digital humanities. I have worked for the Oxford Edition of the Sermons of John Donne, and spent three years as research assistant on the digital edition of the Diplomatic Correspondence of Sir Thomas Bodley at the Centre for Editing Lives and Letters.

I blog and tweet on the early modern as @earlymodernpost.

My research interests are focused on the history of political information: its gathering and transmission (so diplomacy, intelligence, news and travel) and its reception, storage and afterlife (so the material letter, copies and manuscript culture, and the early modern archive).

From spring to autumn 2013, I am working for News Networks in Early Modern Europe. Central to this is the symposium News and the Shape of Europe, 26-28 July: registration is now open.

I am currently researching the material and intellectual afterlife of the late sixteenth century diplomatic letter, as part of a wider study of diplomacy and the history of information. As part of this research, in 2013-14, I will be taking a one-month fellowship at the Huntington Library in California and a one-month fellowship at the Folger Shakespeare Library, Washington DC.