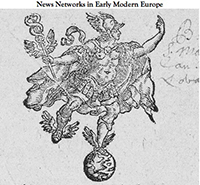 I was awarded my PhD at Leiden University for the dissertation The Royalist Republic: Literature, Politics, and Religion in the Anglo-Dutch Public Sphere 1639-1660. In the past few years, I have taught early modern English and Dutch literature at the universities of Leiden and Groningen. Currently I am lecturer in early modern Dutch literature at the University of Amsterdam and lecturer in early modern European history at Leiden University. I have published various articles on seventeenth-century Anglo-Dutch exchange, public opinion, and the plays of Joost van den Vondel.

I am currently busy publishing the results of my Ph. D. project on Dutch royalism in the mid-17th century, The Royalist Republic. I am also starting up a new project on politics and translation in the Dutch Republic.